Top
656 shares
This post may include affiliate links. See our full disclosure. 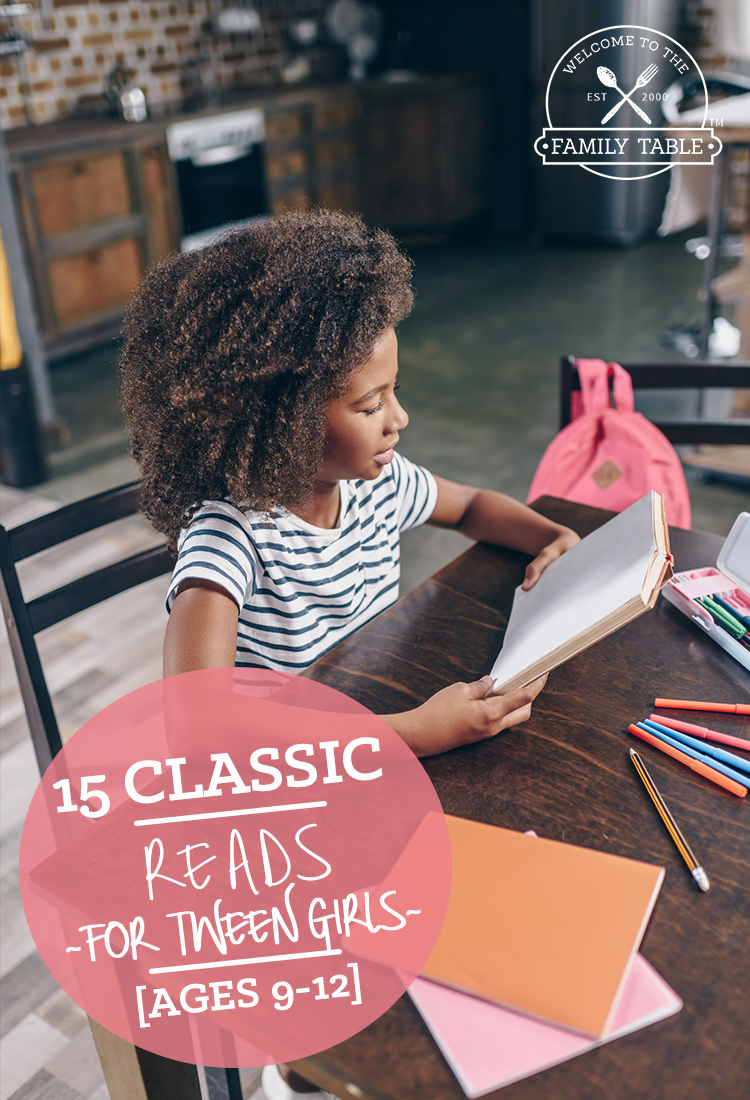 Summer is just around the corner! What better way to prepare some fun activities, than with some must read classics?

This timeless classic is a touching tale of Mary, a lonely orphaned girl sent to a Yorkshire mansion at the edge of a massive lonesome moor. At first, she is frightened by this gloomy place until she meets a local boy, Dickon, who’s earned the trust of the moor’s wild animals, the incurable Colin, a cheerless boy frightened of life, and a strange, forgotten garden…

Lose yourself in Alice’s story as she falls down the rabbit hole, swims through her own pool of tears, and finds herself in a rather peculiar place called Wonderland. There, she’ll encounter the agitated White Rabbit, have an aggravating conversation with an unusual caterpillar, and play croquet with the quick-tempered Queen of Hearts. Follow Alice on her wild adventure through the eyes of the artist in this definitive gift edition.

The Wizard of Oz

Dorothy thinks she is lost forever when a terrible tornado crashes through Kansas and carries her and her dog, Toto, far away to the magical land of Oz. To get home Dorothy must follow the yellow brick road to Emerald City and find the mysterious Wizard of Oz. Together with her companions the Tin Woodman, the Scarecrow and the Cowardly Lion whom she meets on the way, Dorothy embarks on a strange and enchanting adventure.

Some Pig. Humble. Radiant. These are the words in Charlotte’s Web, high up in Zuckerman’s barn. Charlotte’s spiderweb tells of her feelings for a little pig named Wilbur, who only wants a friend. They also express the love of a girl named Fern, who saved Wilbur’s life when he was born the runt of his litter.

Tommy and his sister Annika have a new neighbor, and her name is Pippi Longstocking. She has wild red pigtails, no parents to tell her what to do, a horse that lives on her porch, and a pet monkey named Mr. Nilsson. Whether Pippi’s scrubbing her floors, doing arithmetic, or stirring things up at a fancy tea party, her flair for the outrageous always seems to lead to another adventure

Matilda is a wonderful and sensitive child, but her parents think of her only as a pest. When one day she is attacked by her horrible headmistress, Miss Trunchbull, Matilda suddenly discovers she has an extraordinary power with which to avenge herself!

Alone in a new country, wealthy Sara Crewe tries to settle in and make friends at boarding school. But when she learns that she’ll never see her dear father again, her life is turned upside down. Converted from princess to pauper, she must exchange dancing lessons and luxury for hard work and a room in the attic. Will she find that kindness and generosity are all the riches she truly needs?

Acclaimed illustrator Robert Ingpen takes readers on a magical, unforgettable trip to Neverland in this sumptuous edition of the classic story, complete with a foreword by the great-great grand nephew of J.M. Barrie himself. Like Peter Pan himself, Barrie’s timeless tale never grows old, although it has captivated children of all ages for a century.

Grown-up Meg, tomboyish Jo, timid Beth, and precocious Amy. The four March sisters couldn’t be more different. But with their father away at war, and their mother working to support the family, they have to depend on one another. Whether they’re putting on a play, forming a secret society, or celebrating Christmas, there’s one thing they can’t help wondering: Will Father return home safe and sound?

Since the 1934 publication of Mary Poppins, stories of this magical nanny have delighted children and adults the world over. In honor of the book’s 80th anniversary comes this lush collection that includes the first four tales by P. L. Travers, illustrated by Mary Shepard: Mary Poppins, Mary Poppins Comes Back, Mary Poppins Opens the Door, and Mary Poppins in the Park. Featuring a gilded cover, a foreword by Gregory Maguire, and an essay by P. L. Travers about the writing of Mary Poppins, this handsome volume will make a lovely gift for fans new and old. Travel on the east wind to Cherry Tree Lane with Mary in these stories that inspired the classic film, the stage show, and young imaginations the world over.

Heidi is a work of fiction written in 1880 by Swiss author Johanna Spyri, originally published in two parts as Heidi’s years of learning and travel (German: Heidis Lehr- und Wanderjahre) and Heidi makes use of what she has learned. It is a novel about the events in the life of a young girl in her grandfather’s care, in the Swiss Alps. It was written as a book “for children and those who love children.”

The Railway Children is the classic children’s story by E. Nesbit. When Father is taken away unexpectedly, Roberta, Peter, Phyllis and their mother have to leave their comfortable life in London to go and live in a small cottage in the country. The children seek solace in the nearby railway station, and make friends with Perks the Porter and the Station Master himself. Each day, Roberta, Peter and Phyllis run down the field to the railway track and wave at the passing London train, sending their love to Father. Little do they know that the kindly old gentleman passenger who waves back holds the key to their father’s disappearance.

The Chronicles of Narnia

Fantastic creatures, heroic deeds, epic battles in the war between good and evil, and unforgettable adventures come together in this world where magic meets reality, which has been enchanting readers of all ages for over sixty years. The Chronicles of Narnia has transcended the fantasy genre to become a part of the canon of classic literature.

Chatty, idealistic Pollyanna can always find something to be glad about. Even when the newly orphaned girl has to live with her cold, unloving Aunt Polly, she remains full of hope and joy. But then a horrible accident leaves her crippled—and it may finally be too much for Pollyanna to bear. Will all the people whose lives she’s brightened be able to make her happy again?

Anne, an eleven-year-old orphan, is sent by mistake to live with a lonely, middle-aged brother and sister on a Prince Edward Island farm and proceeds to make an indelible impression on everyone around her. 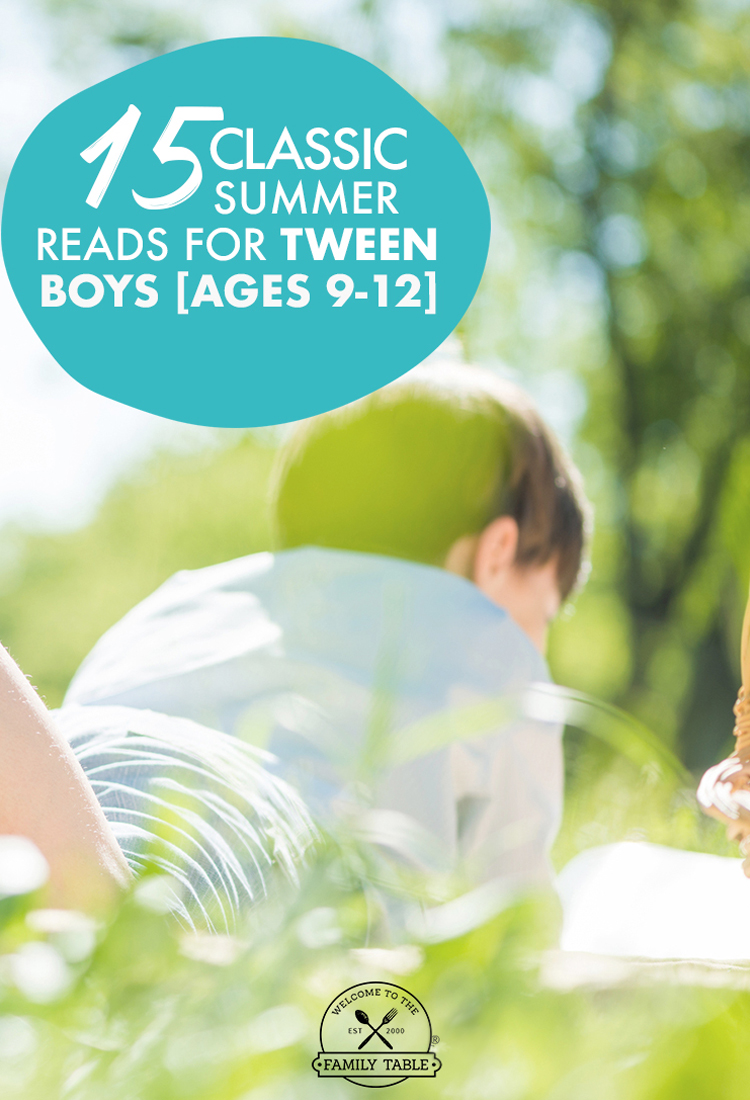 Michael & Carlie Kercheval have been blissfully married since June 10, 2000. They are blessed with 3 precious children that they homeschool. They are the co-founders of Learning to Speak Life Books™. In addition to Welcome to the Family Table™, together they founded Christian Marriage Adventure™ in obedience to the ministry God has placed in their hearts to promote biblical marriage.